When I was young, I couldn’t color within the borders of a coloring book. Now that I am older, I still can’t color within the lines. Borders in some sense are arbitrary. Last fall, I was asked by a Jordanian if I would like to see the Syrian border. I said yes immediately. We went driving down this dusty road and finally arrived in a small village area. From a distance, I could see a city and thought to myself that’s Syria. In the little village, a shepherd walked his flock of sheep through where we had stopped and we conversed for a short while. Later, I was to learn we had actually been in Syria and how easily the “border” could be crossed. So many of the problems in the Middle East are regional and cross the lines that are by and large arbitrary. I write this in part, because each trip I have taken to the Middle East, I always get a few emails where people are frightened and worried that I am ok. In part, they see the news and immediately are pulled into a story that separates us. I do not wish to minimize the fact that danger is a possibility. It simply been my experience that the borders between people disappear when we work to create peace , healing, and possibility. We meet in the place of heart and the borders of nationality (being an American), religion (my Jewish background), gender, and economic difference dissipate. We meet in the place of the human heart.

The recent trip was a collaboration of the Social Health Care Program, Flying Doctors of America, and International Federation of Medical Students/Jordan. In four days, we provided medical and psychological treatment for over 1800 people. I headed up the psychosocial program along with students we have been training in the treatment of trauma. Though a large percentage of the refugees are traumatized, virtually no treatment has been available. Additionally, there is a high degree of stigmatization about acknowledging mental health issues which complicates willingness of some to pursue services that are available.

Providing brief and effective interventions to displaced and traumatized refugees is an act of total creativity. The problems presented are complex and complicated by the destitute situation they find themselves living. So many of the interventions were a mix of soul retrieval, EMDR, imagery work, aikido, hypnotherapy, storytelling, creative art expression, and listening with full presence. For all of us, it was a bit like being a magician and pulling every trick one has from their magic bag. You used anything that would provide relief, understanding, and survival skills.

Since more than 50% of the refugees are children under the age of 18 , I will share a couple of stories of work with children as sample healing cases. Many of the children I would see would have a variety of common complaints such as : nightmares, crying, bedwetting, not eating, difficulty socializing with others. Most were missing one or both parents due to the civil war in Syria.

Abd Al-Salaam came to see me with his mother. She told me a story of how her son was being bullied in school by Jordanian boys. They taunted him with words of how “stupid Syrians are and disgusting animals”. There were a number of episodes of physical beatings by these Jordanian boys. Mom reported his having nightmares, episodes of bedwetting, and withdrawal. She was additionally worried because he would go through periods of not eating. 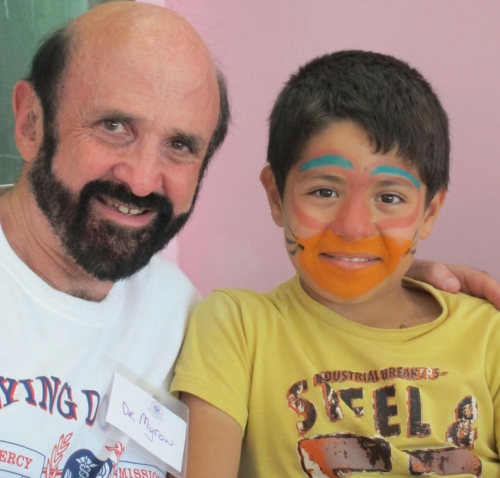 In her attempts to address the bullying at the school, she went to talk with the school principal. His response was to physically beat the bullies, who in turn increased their beatings of her son. When I started to work with Abd Al-Salaam, he had these sad puppy dog eyes and solemn look about him. I did a soul retrieval for him and then taught him about how to have strength and power. Through the magic of aikido practices, he was able to see he could become stronger than me physically through centering his mind. When he felt the strength in himself, he began to smile. His mother glowed and said he had not smiled in many, many months. He and I had a long discussion of how to be strong inside no matter what others are doing. Fortunately, the Syrian community is developing schools just for Syrian children to provide a safe learning environment for them.

In the midst of wrapping up a session with the family of a six year old girl who would not eat and would not go to school, one of the pediatricians came into my room and asked if I could see a girl in her office immediately. As I walked in, I saw a small 10 year old in torn clothing and very dusty. The doctor told me that the little girl had shrapnel in her left eye socket and it was infected. Her worry was without medical treatment the infection would spread to her brain. I sat with the little girl and learned her name is Ikram, which is Arabic for “to honor”. She told me that her parents were driving and they were shot and killed in front of her. Somehow though wounded she crawled out of the car and an old Syrian woman found her and carried her across the border into Jordan and found us. Despite her worn condition and obvious trauma, Ikram had an inner strength and presence that had touched all of the staff working with her. She spoke to me of the pain in her soul and her heart and how she could not speak of this to the people who had carried her to Jordan. I told her she could give me the pain as I would carry it for her. She told me the whole story of what had happened, how she felt, and how much she had cried. As she told her story, we did a form of EMDR which she said made the soul pain less. I asked her about the best moment in her life and she told me a story of drawing a picture that people thought was so good they applauded. I had her remember that moment and fill up in the colors of her picture. I then gave her 5 cray pas of her choosing and a notebook for her to do artwork. 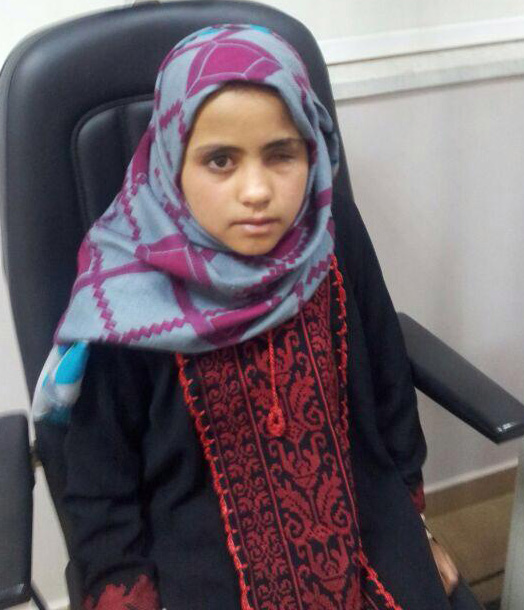 All while we worked which included bringing soul parts back to her, I watched the glow that is in her. To me, her name really meant “to honor God/Allah” for she had a multi colored light to her that was remarkable. Despite the difficulty of refugees to get medical care, we were able to get her into a hospital for antibiotics, surgery, and eventually a prosthetic eye. I do not know what will happen for Ikram , but I do know I felt her to be someone very special.

We are in the last period of time before the fees go up for this event. Those people who make a 100 dollar deposit on their fees prior to July 28th can lock in at the lower fee amounts. I will be teaching shamanic peacemaking and sharing more stories about the work in the Middle East.

Additionally, we are offering reduced fees to make the gathering affordable for families. Special programming during the day will be available for children running concurrently with the adult training sessions. All ceremonies/ evening events will be for everyone. For more information, contactjen@sacredtrees.org as she is handling all registration and coordination.

Normal Office Hours Through the Summer

I will be maintaining normal office hours during the summer. People wishing to schedule appointments can best do so by email, myron@myroneshowsky.com or by phone , 608-469-1627.