“Human history is not the battle of good struggling to overcome evil. It is a battle fought by a great evil struggling to crush a small kernel of human kindness. But if what is human in human beings has not been destroyed even now, then evil will never conquer.”

I have been holding a question for some time, “has the world gone mad?”

I watched a U.S. Senator being interviewed on the news about the thousands of children refugees that have come into the United States. He wants the children to be sent back to their home countries to stop the profit being made — to stop the “coyotes from ripping off families that pay them to bring the children here”.

When asked about the “violence, rape, and murder we’d be sending them back to?”, he responded that change will only happen by stopping them from coming here.

I wonder if he has any capacity for empathy within him.

I listen to an NPR report titled, “Is There Any Empathy Left in the Israeli-Palestinian Conflict?” In part of that report, Menachem Klein, a Bar Illan University professor and one time advisor to the Israeli negotiating team, spoke to the effect that separation has had on both groups. “It’s very easy to move from a person that you know, that you see the face and the suffering and everyday concerns—a human being like you and me—and to an abstract, a general enemy, a demon.”

With the recent events in Gaza, I wonder what seeds for future violence and hatred have been planted.

I watch the mass murder and terror being propagated by the Islamic State group. The polarization occurring around the world is not just within the U.S. The Ukraine is but one example of this. Much of the world is fed on this same polarity, where our neighbor becomes the enemy, the other, eliminating the ability to empathize and see kinship, feeding hate and fear. These dynamics play out in the recent killing of Michael Brown, in Ferguson, MO. Regardless of the outcome of the police officer who shot him, we are having a much needed national conversation on race…. And a much needed national conversation on the militarization of the Ferguson police who used similar techniques by Israeli military, bringing to the forefront issues of accountability within factions of unequal power.

I wonder has our world gone mad?

We have the most displaced people in our collective history and the numbers keep going up. Throughout the world, leaders promise

“to clean the world through sacred violence, to relieve anxiety over moral pollution by building mounds of corpses, always appeal to our noblest sentiments, our highest virtues, our capacity for self sacrifice and our utopian visions of a purified life.” (quote from Chris Hedges writing about the Christian right, but could easily be utilized by Islamic extremists).

As I pondered the insanity of a world using violence to make peace and whether I should write anything or not, I asked the spirits for a sign that would help me. In that moment in front of me was a middle aged man, butt naked, on a Harley Davidson motorcycle. He was only wearing a superman cape. My interpretation of this sign was “yes the world is insane and only superman can save the day.”

Shamans often talk of madness as being in a state of extreme disconnection of one’s soul from the body. The death of empathy and spirit is a symptom of near total disengagement of people from the world around us. Trauma is cumulative and like a spiral its circle gets bigger and bigger. Our times are calling for models for healing community trauma as the unhealed soul of our collective past is leaking throughout the world.

In Jewish shamanic tradition, there is the notion of healing the soul of the world (tikkun olam). It is based within an ancient creation story held amongst the Ivrim (tribal name of the Hebrews). It goes like this:

In the beginning of everything, there was an immense crystal bowl floating in the sky. It glowed because it was made of light. We don’t know how the bowl got there or how long it was there, but one day there was a cracking with a huge sound almost as big as the sky. The bowl shattered into trillions of seeds of light. They flew everywhere piercing everything alive in the world. From that moment on, every living being has had hidden in its heart these tiny seeds of light. Our spiritual task is to find that special light within us. Then we are meant to grow it and shine it into the darkness of the world, helping others find their light. When everyone does, the belief was the bowl would become whole again.

History shows there is great goodness and courage in the world. Human beings are capable of unimaginable possibility with our present consciousness. For those of us who work to bring healing and peace in the world must paint a picture of what we want life to look like. Then we must live this story in our daily actions. People become the stories they hear and the stories they tell. Our task is to dream the stories (and to speak and live them) that brings the crystal bowl back to wholeness. In the darkest of times, we must be the one’s who see the light of possibility in each of us. 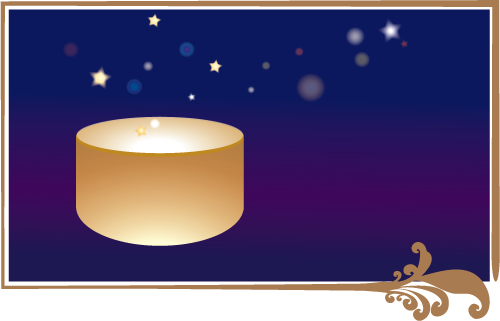 Healings and Spiritual Guidance during the Days of Awe

During the week of September 29-October 3, 2014 I will be offering special healing time and spiritual readings as a fundraiser for the Social Health Care Project that I co – direct. In Jewish shamanic tradition, the days between Rosh Hashonah and Yom Kippur called the Days of Awe are the strongest healing days of the year. These sessions are in half hour blocks. To set up a time for a session or for more information, email Myron at myron@myroneshowsky.com

An extensive didactic and experiential training in the healing of transgenerational trauma. Learners will explore issues including: assessing what issues a client brings may have an ancestral/transgenerational basis; broad overview of how these issues are transmitted psychologically, spiritually, and genetically/epigenetically; tools for working with these issues with clients, families, and larger communities.

Much of the material being taught comes from research and a book in writing process called History Never Ends. Space is limited to 16-18 and applicants will be screened with preference for those persons who are working in a helping or healing capacity. To register and to be sure that you are appropriate for this training, contact Myron at myron@myroneshowsky.com . The training is residential and will be held at Bethel Horizons Retreat Center in Dodgeville, Wisconsin. Fee is 325 dollars for room/board and training. For those applicants who want a packet of articles for personal reading and suggested bibliography, an additional fee of 15 dollars is requested.

Through September 10th, all new recurring donations will be matched 100%! To donate, please visit http://goto.gg/16466. 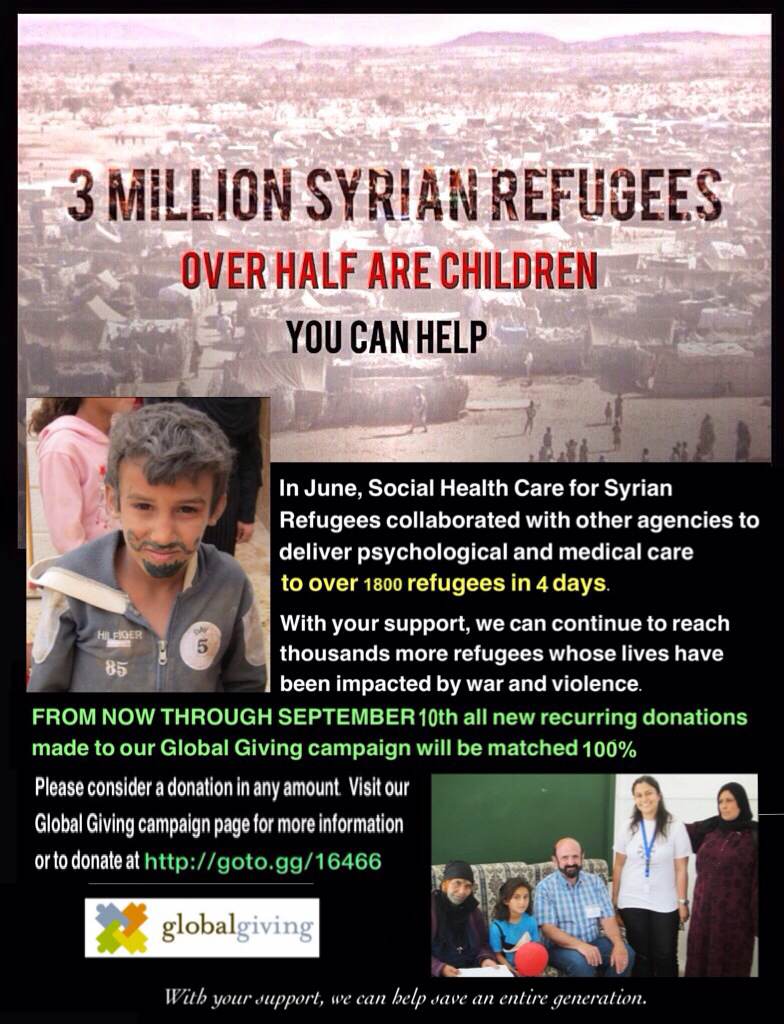 I maintain regular office hours Monday thru Friday. Appointments may be made by email (myron@myroneshowsky.com) or by phone (608-469-1627).

I will be gone October 10-28, 2014. During that time I will be in Jordan and Turkey as part of the Social Health Care Project. I will be able to check email episodically during that time for scheduling in November.

The Peace with Cancer book now celebrates its 5th anniversary. It has been translated into Arabic and Italian since its publication. Happily, I continue to hear from people all over the world who have found it helpful and it continues to sell well on Amazon. During the month of September, if anyone wants to buy autographed copies of the book (20 dollars a book including shipping in the U.S.) they can contact me and I can invoice your payment. All fees for the books sold will be donated to help the Om building project for the homeless in Madison, Wisconsin.

May this newsletter find you in good health and spirit,